Japanese beetles are one of the most destructive garden pests. These beetles can damage plants by eating leaves, stems, flowers, buds, and fruits.

Japanese beetles are most active during the summer months. The adult stage is when they become most destructive. The adult insects spend most of their time on the host plants, eating, and mating. Then the female will go to the ground and lay individual or a small cluster of 1/16 inch (1.5 mm) long, pearly white, and oblong eggs on the soil surface. After laying the eggs, she returns to the host plant to feed and mate again. Japanese beetle females can lay up to 60 eggs throughout their lifetime.

After about two weeks, eggs hatch into c-shaped larvae that will mainly feed on the roots of the grass but will also consume other organic materials. This beetle spends most of its life in the larvae stage. The larvae will go through a couple of instar stages until it pupates and then becomes an adult.

Japanese beetles go through multiple stages in their life cycle:

The grubs of these pests will feed on the roots of the grass and can cause them to thin out.

Japanese beetles mate and feed in groups. These large groups can devastate the garden. Japanese beetles mainly feed on the leaves of their host plant, skeletonizing them in a matter of days. These beetles can feed on more than 300 plant species, eating leaves, flower buds, and petals. When Japanese beetles eat, they release pheromones, attracting more beetles into the area.

The larvae will feed on the roots of the grass. They are also known to feed on many other roots like ornamental plants, strawberries, corn, beans, and tomatoes.

Adult Japanese beetles feed on leaves, flower buds, and petals of many different varieties of fruits, vegetables, and ornamentals. Their favorites are:

Introduce predator insects to your garden that will control adult beetles:

To control adult Japanese beetle, use neem oil or pyrethrins.

Japanese beetle is considered a destructive and invasive species everywhere apart from Japan. In there, they are just a minor pest.

The lifecycle of these pests can take from one to two years and is highly dependant on the temperature. The colder the temperature, the longer they take to develop.

What to Do Next

Check out our other Garden Pests Guides. Read and learn more about how to identify and control garden pests.

Check out our Beneficial Insects Guides. Read and learn about their benefit and how to attract them.

Also, check out our Gardening Guides to learn easy step-by-step tutorials on how to grow plants. 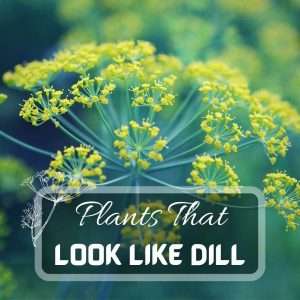