A garden can be a peaceful, relaxing place – or it can be a battlefield. The key to protecting your plants from garden pests is knowing what they are and how to control them.

If you are starting the garden or you are a full-time gardener, garden pests are something you need to know.

All kinds of small invertebrates like hiding and feeding on your garden plants. Mostly, the presence of these creatures is beneficial for a balanced ecosystem of your garden. But when they are causing significant damage to plants, they are named Garden Pests.

In this article, we’ll take a look at 7 of the most destructive garden pests, their identification, the extent of damage they cause, their biological and organic control, and prevention tips.

Aphids are tiny creatures that feed on the juices of plants, causing them to wilt or produce fewer flowers. Aphids can be found almost in every garden. If you see clusters of tiny green, black or pink bugs hanging out together, they are aphids. These insects are wingless. However, as the population of aphids increases, some females develop wings and fly out to colonize other plants.

Usually, a pesticide-free garden can handle a lot of aphids with the help of beneficial insects. When major infestation is seen, only then consider other controls.

There are many species of aphids and numerous possible host plants. Some plants appear to be more vulnerable than others, including nasturtiums, milkweed, tomatoes, peppers, cucumbers, lettuce, cabbage, squash, and strawberries.

The Damage Aphids Cause

Aphids feed in clusters on new plant growth or the undersides of leaves, resulting in curling, distorting, or discoloring of the stem. Well-established plants can tolerate the damage, but young growth may be stunted. Aphids excrete a sticky, glossy liquid called honeydew that discolors leaves and causes an unsightly black sooty mold to grow.

Aphids are at the bottom of the food chain. A lot of predatory insects will feed on them.

If you see aphid cream in color and motionless, do not remove it. It means that it was infected by an aphidius wasp. The wasp will hatch from this aphid and will further control the aphid population. [1]

Read more about aphids in our “Aphids – Identify and Control” article.

Also, watch this fun video about aphids, presented by TED-Ed.

Whiteflies are tiny insects that feed on the juices of plants and cause them to wilt or produce fewer flowers. They can’t survive extremely cold weather conditions. But due to their rapid reproduction, they are challenging to control in greenhouses. Some species are not harmful to host plants. Still, a few species, such as greenhouse whitefly, Silverleaf whitefly, can become problematic.

The Damage Caused by Whiteflies

Whiteflies suck the sap from plants and introduce toxic saliva into the plant. They secrete honeydew that encourages sooty mold growth. Whiteflies cause yellowing, wilting, and drooping of leaves, with stunted growth.

Live biological control is the most effective in controlling whiteflies. DO NOT USE Chemical pesticides. They will kill beneficial garden insects and may damage your plants.

Use neem oil or citrus oil to remove whiteflies naturally. You can also use insecticidal soap to remove the whitefly infestations.

Read more about whiteflies in our “Whiteflies – Identify and Control” article.

All types of Brassica like cabbages, swede, turnips, cauliflower, and brussels sprouts. Nasturtiums and rapeseeds also get attacked by these pests.

The Damage Cabbage White Caterpillar Cause

Introduce predator insects to your garden, such as assassin bugs, damsel bugs, green lacewings, and hoverflies. These beneficial insects attack only very young caterpillars. Sometimes they even destroy the caterpillar eggs.

The parasitic wasps and tachinid flies are the most efficient beneficial insects in controlling cabbage white caterpillars.

Use citrus oils and botanical oils against cabbage white caterpillars. It will act as a repellent, so you don’t need to use chemical pesticides.

The tomato hornworms are also known as the five spotted hawkmoths. Tomato hornworms are caterpillars that will do significant damage to tomato plants. Controlling them as soon as you see one is essential for the health and production of your plants.

As the name indicates, these caterpillars feed on tomato plants. They also feed on potatoes, peppers, tobacco, and all other plants belonging to the nightshade family.

The Damage Tomato Hornworm Cause

Tomato hornworms eat voraciously, stripping leaves off plants and even devouring entire stems. Due to their camouflage, tomato hornworms are less noticeable while feeding. These large-sized hornworms can even destroy the whole fruit.

Attract assassin bugs and parasitic wasps to your garden.

If you see a hornworm with white cocoons attached to its back (picture below), do not remove it. These are cocoons of a beneficial parasitic wasp. They will hatch and control the hornworm population further.

Read more about tomato hornworms in our “Tomato Hornworm – Identification and Control” article.

The stink bugs are commonly known as brown marmorated stink bugs (BMSB). These bugs are notorious for destroying fruits and vegetables. Stink bugs have a mouthpiece that can be used to suck juices from plants. To deter their predators, they also release a stinky odor when threatened. This is the reason they are named stink bugs.

Stink bugs are not picky. They feed on most fruit trees and many vegetables. Some crops that stink bugs will feast on include apples, cherries, apricots, grapes, peaches, tomatoes, peppers, beans, and many more.

The Damage Stink Bugs Cause

A stink bugs invasion can cause a lot of damage. These garden pests pierce the plant tissue and suck plant juices. Stunning of the plant, discoloration, dimpling, and corking of fruit are all signs of a stink bug attack.

Attract parasitic wasps, praying mantis, and spiders to your garden.

Install bird feeders to encourage bird visits as they are natural predators of these garden pests. In addition, install a garden pond to attract frogs. They will also eat stink bugs.

Insecticides are not effective in controlling stink bugs. They develop resistance against certain insecticidal chemicals.

Spray horticultural oil or insecticidal soap directly on stink bugs. Also, neem oil works most of the time to get rid of these insects.

Pro Tip: Stink bugs look very similar to one of the beneficial insects called spined soldier bugs. Do not remove them from your garden! The picture below compares both insects. The most significant visual difference between the two insects is their shield shape. Stink bugs have an oval shield on their backs, while spined soldier bugs have a spiky shield.

Read more about stink bugs in our “Stink Bug – Identification and Control” article.

Colorado Potato Beetles are one of the most notorious garden pests. Colorado potato beetles are usually found on plants from the nightshade family. The female Colorado beetles lay eggs on the undersides of leaves, which hatch into larvae that feed voraciously on foliage before pupating.

Colorado beetles are most destructive to plants from the nightshade family, such as tomatoes, potatoes, peppers, and eggplants.

The Damage Colorado Potato Beetles Cause

To control the Colorado potato beetles, you can use neem oil, citrus oil, botanical oil, spinosad, and pyrethrins.

The Japanese beetle is a common garden pest. The beetles are attracted to areas with lush vegetation. They tend to reproduce quickly, which can lead to big problems in the garden. Japanese beetle adults look very similar to other scarabs, including June bugs and chafers bugs.

Japanese Beetle grubs feed on grass roots and many other ornamental plants.

The Damage Japanese Beetles Cause

Japanese Beetle grubs can cause turfgrass to thin out.

Japanese Beetles mate and feed in groups. These garden pests feed on the leaves of their host plant, skeletonizing them in a matter of days. They will also eat flower buds and petals. When Japanese beetles eat, they release pheromones, attracting more beetles to the area.

Parasitic wasps and beneficial nematodes are great for controlling the Japanese beetle population.

Read more about Japanese beetles in our “Japanese Beetle – Identification and Control” article.

Live biological control is the most effective in controlling garden pests. DO NOT USE chemical pesticides. They will kill beneficial garden insects and may damage your plants.

Not all insects are pests. Using the inorganic solution for killing insects may disturb the ecosystem in your garden by destroying beneficial insects. That’s why organic control is highly recommended to keep the pests away without damaging the nearby environment.

Here’s a recipe for the best organic homemade spray that can deter common pests:

What To Do Next

Check out and learn from our other garden Problems articles. 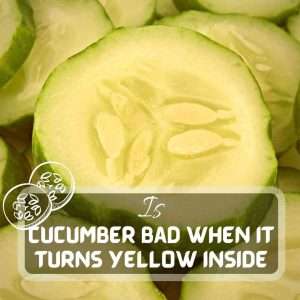 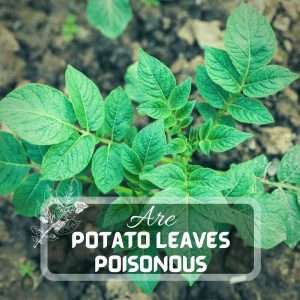